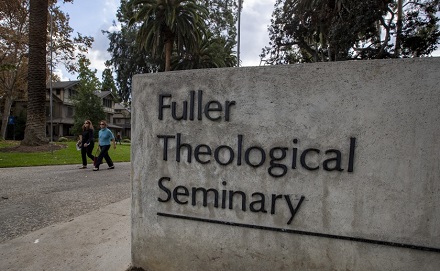 On Sunday afternoon, we spent time with Judith’s brother and his wife. Peter had attended a Presbyterian church on Brisbane’s bayside that morning and was relaying a little of the sermon. The preacher had spoken of the strength and growth of the early church in the first 300 years of its history when he described it as “ignored” and “persecuted”. He likened this to the time we now live in, in the western church, intimating that being ignored and persecuted are again becoming the norm. But, along with that reality, comes a new opportunity to seriously begin again to make disciples.

The illustration of the big brown bear from our last discipleship blog is a timely reminder that we can not continue to do church within the confined space of institutional religion. We are all products of this and we know well its boundaries and how to function within those boundaries. But there’s a whole new environment in which we find ourselves. An exciting, if scary, new world in which we need to live out our Christian faith. In order to do this, we need to leave the safe, predictable confines of our “cages” because there is an ever-increasing number of people in our communities who have no knowledge of Jesus, who are entangled in a strange mix of beliefs and “religious” practices and who are hostile towards those who claim to have the truth.

Some of us have been around long enough to remember the huge crowds who gathered at evangelistic crusades in the post World War 2 years and the many people who responded to the invitation to be “saved”. From the 1970’s this movement began to wain. In the late seventies a Think Tank of Christian leaders was formed to try to understand how evangelism and the local church had become separated from one another. Most of the leaders were connected with Fuller Theological Seminary in the States and were well-respected Theologians, Sociologists, Missiologists, Consultants and Practitioners. You may recognize names like Bob Logan, Carl George, Peter Wagner and Ralph Winter.

It was Ralph Winter who coined the terms Sodality and Modality to describe the parachurch groups involved in evangelism and mission and the ministry of the local church respectively. As the Think Tank members interacted, shared, debated and prayed, they sought God for a way to bring the full expression of the church back into a cohesive unit so that the functions of sodality and modality happened together as the church in its local expression displayed its full calling.

What they developed was called a Leadership Farm System. It was all about disciples of Jesus making natural connections with people “in the harvest” and then walking beside them as they developed into disciples, then disciple-makers and right through to potentially leaders of movements. It pointed to an organic way of farming people who would naturally multiply as they farmed other people. The approach is infinite in its potential for reaching and forming disciples, leaders, churches and movements. This was how Jesus began a movement that only took three centuries to reach half of the inhabitants of the then-known world.

We really struggle, as moderns, to get our heads around this concept of discipleship. We want quick results and rely on many programmes, attractions, gospel invitations, Govt sponsorship, teaching classes and charismatic personalities to gain “followers”. But, increasingly, we all know it simply isn’t working. Our time needs to be invested in people who are in the harvest and will in time become those workers Jesus told us to pray back into the harvest. THIS APPROACH TAKES TIME.

Over the coming months, we are going to develop the subject of a Leadership Farm System, using blog articles, v-blogs and real stories to illustrate the subject matter and an occasional online forum using Zoom for a more interactive session. Stay tuned! Your questions and feedback are always welcomed.

2 thoughts on “Our Understanding of Discipleship has Changed” 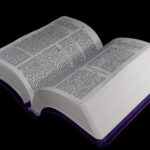