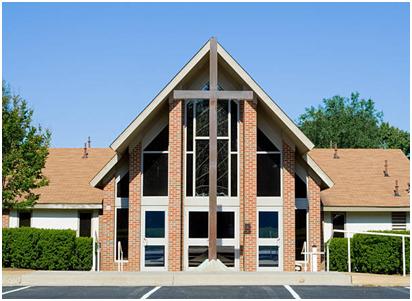 One of the legacies of Modern thinking that has been adopted by the Church leads us to believe that discipleship is a teaching course, an enculturation process into a Christian group or a process of ticking competency boxes.

This is a long way from the biblical and historical belief that discipleship is first and foremost a growing relationship between a person and God’s Holy Spirit that does not simply begin suddenly at some magical moment when a person “is converted”, “becomes a Christian”, “joins a church” or however else we might express a spiritual connection with Jesus.

Psalm 139 firmly reminds us that even before we were born God knew us and was aware of our formation in the womb. So when does the Holy Spirit of God begin to relate to a person? From the moment of conception! It’s unusual to find a person who cannot say: “I was aware of God when this happened” or “I think someone/something was trying to get my attention at that moment” or some other statement of awareness of something outside of ourselves.

We may have a part in guiding and encouraging the process but it is God’s Holy Spirit who is drawing, touching and transforming a disciple (or a future disciple) from the inside out. There has been a strong emphasis, in our discipling methodologies, on telling our story to others. But it’s more important that we draw out another person’s story, and listen carefully for the thread of the Holy Spirit in their lives. Our role is not to make someone’s story identical to ours but to foster their relationship with Jesus and to cooperate with what He is already doing in their lives.

In this way, we will follow the injunction in Matthew 28 of “teaching them to obey” as the Spirit speaks to them and they do as He says. When we stop at “teaching them”, our tendency is to tell them everything we know, to build knowledge rather than obedience. This may build dependency on us as the spiritual experts but it will never build firmly established followers of Jesus. Where correction or guidance is needed, it will happen in the context of the deepening relationship experienced between the disciple and Jesus.

In Matthew 13, Jesus tells the parable of the Sower who scatters seed about his field. Some seed falls along the path where it is quickly snatched by birds. Some seed falls on rocky ground where it withers and dies. Some seed falls among thorns where it eventually chokes. But other seed falls on good soil where it produces a hundred, sixty or thirty times what was sown. I wonder why we see few who respond to Jesus and then produce the hundredfold Jesus spoke of in the parable. In fact, we would probably be hardpressed to identify many who produce thirtyfold and sixtyfold. We spend so much time trying to look after the many who have just connected a little with their Creator but do not grow, are lost in their problems or want to live as they did before the journey to Jesus began. We need to invest time in fostering the relationship between genuine disciples and their Lord and Master. Otherwise we end up with cookie-cutter Christians who remain for a while in our church culture but do not really know how to function authentically as the unique Spirit-led disciple each of us is meant to be.

In our book As You Go, Make Disciples…, we spoke of the concept of bounded and centred sets. Bounded Set: Modern discipleship methods are often used as a way to bring about outward behavioural modiﬁcation rather than inward transformation. People are expected to follow a set of rules, tick a set of boxes and, when that is done, everything’s settled. With the emphasis on the boundary, you are in if you do certain things and out if you neglect to do these things. You are a Christian if you adhere to a preconceived set of rules. These may be theological or ethical in nature with some variations from one group of christians to another.

Centred Set: The alternative is to see that the emphasis is on Jesus as the Centre and a disciple is someone who is moving towards Jesus. So the question becomes not: “Are you saved?” (even though the moment or process of spiritual change is important) but “In which direction are you moving?” We are either moving towards Jesus or away from Him. We are never standing still. As we disciple, we are looking for people whose direction is towards Jesus. This means that each journey is unique; each person’s shape is different. Some people are close to Jesus but are in the process of walking away, while others are a long way from Him but are walking towards Him. Discipling becomes an incredible trust journey of watching God change the life of a person as we discard the set of rules, walk alongside and watch God form a new creation.

Discipleship is centred on a relationship with Jesus not a set of rules that need to be measured to ensure someone is going well.

2 thoughts on “The Role of the Spirit in Discipleship” 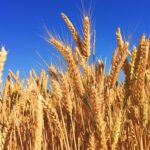 Discipleship is the start of what we do not the end 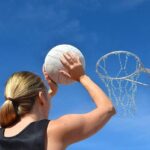 Our Understanding of Discipleship has Changed

Why are so many Christian Disillusioned?

The discipleship bell is ringing but few people are listening