The pivotal events of the Christian faith – Jesus’ birth, life, death, resurrection and ascension – occurred almost 2000 years ago. Those same foundational events are still celebrated today as believers meet together regularly as a community, just as they did in the first century. We still devote ourselves to the Old Testament and the apostles’ teaching contained in the Bible. We still participate in the sacraments of baptism and communion, established by Jesus, and we continue to welcome people into local congregations. We are part of the One Church built upon the One Lord Jesus Christ, but we are divided by 2000 years from those who first gathered together and recognised Jesus as Lord.

As I talk with believers (and Christian leaders) it seems that most of us know something about what the New Testament says but have little or no understanding about how the 1st century influenced the New Testament writings. We also know something of what our Christian tribe believes but with little knowledge as to where those beliefs originated. The problem with this position is that a believer can be certain about what they believe and not know if it is truth, a syncretised belief or just plain heresy. The history of the last 2000 years of the Christian faith has had a profound influence on our thinking and practice today. To pursue that thought effectively our history can be viewed through a number of discernible historical periods, each of which produced very different views on how things fit together and ‘the way things are’.

The discernible periods of time that we will use to review the complex history of Christianity (especially in the West) are somewhat artificial because history does not change abruptly. Nevertheless we need a framework for our review:

In each of these periods of history, Christianity has wrestled with the unique emphasis of that time, based on the underlying historical, cultural and philosophical systems, as it struggled to contextualise its faith/beliefs. Consequently, a style or emphasis successful in one era changes as another era begins. Those who remain committed to the old style freeze that style for use in the subsequent eras. This process accounts for much of the diversity we have in the Christian Church today and allows us to understand the differences among Orthodox, Catholic and Protestant groups. Robert Webber sums up this historical process by highlighting the move from Modernism to Postmodernism:

‘We are now living in a transitional time in which the Modern Era is coming to an end and a new worldview of Post-modernism is beginning to take shape.  Some leaders will insist on preserving the Christian faith in its Modern style, others will run headlong into the sweeping changes that accommodate Christianity to a Post-modern Era; and a third group will carefully and cautiously seek to review historic Christianity at the dawn of a new era’.

If we are to move out of being embedded in past historical eras or being overrun by the latest and greatest ideas, I believe the last position introduced by Webber is the most helpful because it hopefully avoids the combative thinking that has been a part of the swings in Christianity over a 2000 year period

Leaders across the world recognise that Christianity is in a state of major change. We may be at the beginning of an historical break-point that will prove to be as dramatic as something like the Protestant Reformation.  The sobering thought is that ‘business as usual’ may work for a while longer for some but there is a need to begin transitioning our discipleship practices to meet the dramatic changes that are already happening (especially in the West). To begin to understand and effectively grapple with this change, I believe we need to retrace the history of Christianity from its very beginning right through to today. We will see how the Church in different eras has outworked the Commission of Jesus to make disciples. Effective discipleship in this new era must start with the Church’s foundational historical beliefs, avoid the latest and greatest trend, and develop a contextualised process consistent with what the Church has done throughout its history. This means it must be centred on God’s agenda, rather than on other agendas. There is no place for compartmentalisation of faith, no part of the life of the disciple from which the Lordship of Christ is excluded. 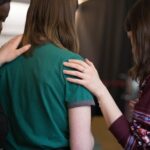 Disciple Making isn’t something we do; it’s everything we do.

Make Disciples of “all the ethnos”